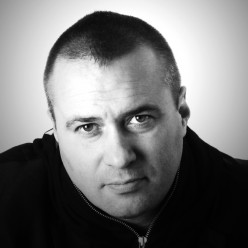 Nick is CEO and co-founder of nowhere. Since the age of 23 he has been working with executive leaders of global corporations, and their teams, building cultures of innovation. Originally trained as a Product Designer, Nick went on to complete a doctorate in Consciousness and Creativity, learning how to catalyse creative insight and collective breakthrough by design, rather than by accident. He then cofounded the Design Transformation Group in 1995, and nowhere in 1998.

Nick splits his time between his catalyst work with global leaders, his leadership role in nowhere, and giving evocative talks around the world on the phenomena of collective intelligence, creative tension, flow and breakthrough.

Nick was also a founding member of the World Economic Forum's Global Agenda Council on New Models of Leadership, ultimately becoming its Chair. He has written, coauthored and edited numerous publications. His latest book, Riding the Creative Rollercoaster, was published by Kogan Page in 2014.